The terms “celebrity” and “influence” go parallelly and hand-in-hand. Being a celebrity is always associated with a certain level of influence. However, the concept of “influence” is highly divergent.

While some aspects of influence can be attributed to the social influence of opinions, crippling patriarchy, addressing multiverse societal issues, and positivity in general, others could be exceedingly toxic, like promoting negativity or other material influences like political influence or influence through a bribe, etc.

This article will talk about both sides of celebs and their influence.

In general, celebrities influence people of all age groups and from different strata of society. In a way, celebrities hold an esteemed level of immensely high power, which many a time are monetized. There also exists a toxic concept of celebrity worship which has been of great relevance to the general mass over time and continues to be so.

On an aggravated level, this takes a disastrous turn to a “Celebrity Worship Syndrome,” an obsessive, addictive disorder in which a person becomes overly involved with the details of a celebrity’s personal and professional life, which is healthy for neither the individual nor the celebrity. Usually, this makes the individual lose insights on the lines of what is correct and incorrect.

A widely seen example of this is the extremely vast fanbase of the reputed actor, Salman Khan. Undoubtedly, he is an exemplary actor who has made his name over time, but his involvement in multiple controversies regarding the killing of the Blackbuck or the case of footpath has cast a taint on his character.

Any rational man would consider this ethically and morally incorrect but being a powerful celebrity, his “loyal” fans seem to have the lines of morale blurred. 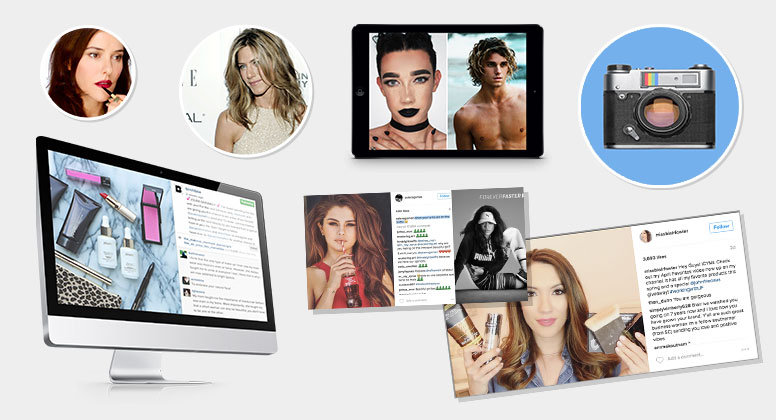 They also have much power in politics, commonly known as “Celebrity Politics” or “Politics star power.” Celebrity influence in politics is the act of a celebrity using their fame to influence other individuals’ political beliefs or opinions.

According to Anthony Elliott, the central role of celebrity in society has become more significant as it relates to social identity.

There are two kinds of celebrities: those who can influence audiences and spotlight specific issues and those who can do so through social media. Most of the time, these individuals use these platforms to discuss current events or topics.

Again, where this can be highly fruitful in some cases like Priyanka Chopra Jonas’s unrelenting support and involvement with UNICEF, it can also be equally hazardous through noxious influencing.

As mentioned before, celebrities tend to influence people across age groups and strata of society, a comprehensive depiction of the mod affected by the legendary actress, Sridevi. Thousands gathered with deep emotions and condolences from all walks of life to pay respects to her funeral.

Where developed minds being influenced does not lead to much of a complication in most cases, a developing mind being influenced can have significant repercussions under wrong influencing factors. While parents and teachers play the role of influencers during an individual’s childhood, the teen years are generally subject to a lot more factors.

Chiefly, the teenager’s active presence on social media applications which, at times, becomes the foremost source of information for them, and if or when this information received is biased, it plays a significant role in the teen’s psychology. They may form their opinions revolving around the biased information only to label it as their own.

As some may disagree with this, an illustration of the Facebook privacy crisis can be bought into a picture where the political ads influenced many voting adults. When grown, rational, decision-making adults are capable of being so psychologically manipulated, their growing teenage minds pose no hurdle. The documentary titled “The Social Dilemma” highlights the same to some extent.

Moreover, the amount of time spent by the adolescent crowd on social media applications is increasing by the day. A wide variety of platforms are available for these people at their fingertips, catering to different requirements, from Twitter to Instagram, each posing influence of its kind.

Undoubtedly, this social influence is a widely recognized concept, and social media influencers have to take care of the effects of the content they post. The pandemic has caused a ruckus in this arena too. For actors and other personnel in the film industry, the spread of the virus  has bought the general shooting to a halt.

Moreover,  the imposition of lock downs caused the closure of cinema halls and theatres accompanied by the prohibition of concerts, aggravating the situation.  However there are two sides of the coin in this situation, with social media marketing widely gaining significance.

The introduction of “Reels” on Instagram acted as a huge catalyst to this which gave rise to opportunities for everyone using the application to become digital creators. A new career is emerging named “Social Media Influencer,” where digital curators, also elevated to the celebrity status create content and post it on social media platforms.

However, they must have a sense of social obligations to their followers, from the tweets they post to the kind of reels they make on Instagram as time and again, people fail to differentiate between “Reel Life” and “Real Life.”

Nevertheless, nowadays, these influencers are becoming aware of their social responsibilities and creating highly positive and motivational content on body images, breaking stereotypes, and creating a congenial environment for all.

Moreover, they are always promoting brands or products, leading to another branch of marketing called “Social media Marketing,” a domain with which we, Deecro – Digitial Agency, are tremendously fluent.

Be it reaching out for more customers or increasing publicity, we have got you all covered with our widespread digital presence, which offers a wide range of services of Data and Insights, Public Relations & Public Affairs, Advertising & Branding, Communications, Customer Relationship Management, Strategic Media Planning and Buying, Digital Marketing & Social Media, Direct and Promotional Marketing, Experimental Marketing.

Our services will not only expand your reach and help you reach new customers but also handle other auxiliary businesses. Social media is the most widely used form of communication today, and please do contact our prompt and professional to leave a positive mark.